In recent news, a baby shark was beached on the sands of Bolnuevo in Spain by high winds.

The baby shark was struggling to survive but idiotic people surrounding it took selfies and videos. According to Red Cross responders, some of the onlookers even tried to grab the shark and took selfies. A Red Cross responder named Andres Lopez says that it is dangerous to get close to a beached shark as it could attack them to defend themselves. As what had happened in the case of Arenales del Sol in Elche.

First, it was a dolphin killed by people pulling it to the shore to take selfies; next was a turtle that they stand on its shell to get a selfie and now a shark.
What is the world coming too with tons of idiots walking around on the surface of the earth? 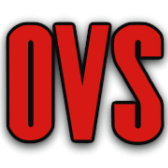